Still protecting its own

Still protecting its own 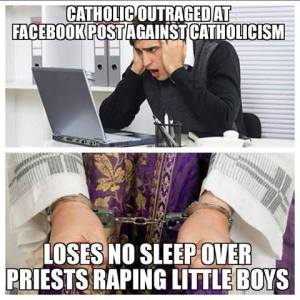 “In 1995, two individuals alleged sexual abuse by Father Robert Hopkins in the 1970s.”

“In 2002, an individual alleged sexual abuse in the mid-1970s by Dennis Pecore, who was then a religious brother.”

ON AND ON it goes. These accounts, and several dozen others like them, now appear on the website of the Roman Catholic Archdiocese of Baltimore, which recently published a list — or rather, republished one from 2002 with 14 additional names — of clergy alleged to have abused children. Similar lists have been published by other dioceses, which in recent years have taken steps to atone for years of sweeping such cases under the rug by adopting more forthcoming policies and providing counseling to victims of abusive priests.

The church says the publication of these names will provide acknowledgment to victims that they are not alone. By seeing their abusers publicly identified and shamed, victims may be “empowered to find out that other people have alleged against the same person,” according to Sean Caine, spokesman for the archdiocese.

That’s a fair point but an inadequate one. For while the archdiocese is extending one sort of validation to victims, it’s simultaneously pressing to deny most of them another sort: the opportunity to seek redress in the courts.

For years, even as it acknowledged having systematically enabled and covered up the abuse of children by priests, the church has also fought aggressively to maintain tight deadlines that limit the time in which survivors may file lawsuits against abusers and superiors who looked the other way.

In Maryland, the church, fearing the financial fallout of such suits, has lobbied so effectively that bills to extend the deadline, known as the statute of limitations, have not even been accorded a vote in the legislature. The result for the great majority of victims is that by the time they speak up about the abuse they suffered — typically, many years after the fact, as the examples at the top of this editorial illustrate — they no longer have the option of filing a lawsuit, which now ends at age 25. Youthful victims of abuse, whether in schools, churches or teams, must be given more leeway to seek justice, including compensation for the harm they have suffered.

The church argues that abusers are ill-equipped to defend themselves when alleged victims level their accusations many years after the fact; it cites fading memories, unreliable witnesses and fragile evidence. Yet Maryland, like most states, has no such deadline limiting when abusers can be criminally prosecuted. Just as in criminal cases, civil juries are qualified to judge the strength of a victim’s allegations and a defendant’s response.

It’s possible that the stigma of abuse may start to fade as a result of the publicity to which clergy sex abuse has been exposed. If victims come forward more quickly, owing to the Academy Award-winning film “Spotlight” and intensified public discussion of abuse, that would be a good thing. In the meantime, justice for victims must include the option of litigation — even if that proves costly for the Catholic Church and other institutions.