How the church authorities tried to protect a child-abuser, Brother Rodger Moloney

How the church authorities tried to protect a child-abuser, Brother Rodger Moloney

By a Broken Rites researcher 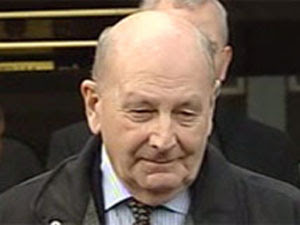 This Broken Rites article shows how a Catholic religious order, the St John of God Brothers, has paid big money to lawyers, trying to defend an Australian child-abuser, Brother Rodger William Moloney. And the order says that it will continue protecting him permanently.

Moloney, who has worked in Australia and New Zealand, was jailed in New Zealand on 1 August 2008 for sexually abusing intellectually-handicapped boys.

He was released on parole in September 2009, barely a year into his 33-month sentence but it was not until 7 April 2010 that the media became aware of his release.

The St John of God order, which has its Australian and New Zealand headquarters in Sydney, told the media on 8 April 2010 that Moloney is still a member of the order, and Brother Moloney would be accommodated within the order in Australia when he finishes his parole requirements in New Zealand in 2011.

Moloney’s jailing in 2008 ended a long battle between the St John of God order and the police.

When allegations surfaced against Moloney, he was living in Australia. New Zealand and Australian authorities tried for years to have Moloney extradited to New Zealand to face a trial for offences committed in Christchurch. Church lawyers resisted the extradition application.

In 2006, the then head of the SJOG order for Australia and New Zealand (Brother Peter Burke) admitted to the media that the SJOG order was paying the legal fees for Moloney and two other SJOG Brothers. He would not say how much had been spent. But because the extradition case had been running for a long time it was substantial, he said, and he had sought guidance from Rome on the cost.

Moloney, born in Australia in 1935, has told a court that he qualified as a pharmacist in Sydney in the 1950s and became interested in joining the St John of God order when he saw a brochure offering mission training.

On joining the order and working as a hospital pharmacist, he also had the chance to train as a psychiatric nurse. In 1971, the St John of God order appointed him as prior at the Marylands institution for educationally-disadvantaged boys in Christchurch, New Zealand.

Moloney told the court that once his term as prior expired in 1977 he was seconded to Rome to work in the Vatican pharmacy.

Moloney has been to the SJOG’s operations in Papua New Guinea. He has been a member of the SJOG provincial council (administering the order’s operations in Australia, New Zealand and the Pacific). In the late 1990s, he was associated with SJOG’s “Kendall Grange” institution at Morisset, New South Wales.

On 25 June 2008, a jury in the New Zealand High Court found Rodger William Moloney, 73, guilty on seven counts of sexually abusing boys. The charges dated to when he was head of the Marylands school for educationally-disadvantaged boys in Christchurch in the 1970s.

On 1 August 2008 the court sentenced Moloney to jail for a maximim of two years nine months, with earier parole possible. The court was told that, after completing his sentence requirements, he was to be deported to Australia.

How police nabbed Moloney in Australia

In 2003 a New Zealand court issued a warrant to have three SJOG members extradited from Australia to New Zealand. The three, who were living in Sydney in 2003, were:

Acting on the New Zealand warrant, Australian police picked up the three men in Sydney and began extradition proceedings in a Local Magistrates Court in Sydney on 29 December 2003.

Eventually, in February 2005, the Local Court ordered that Moloney and Garchow be extradited to New Zealand on child-sex charges, involving boys as young as eight. The incidents allegedly occurred between 1966 and 1979 at Marylands, a former residential institution in Christchurch, New Zealand. This institution closed in 1985.

The Local Court released the third man, Brother Lebler, on grounds of his age and health and because the delay in reporting his alleged offences to police had been even longer than for the other two men. The allegations against Lebler dated back as far as 1955 – nearly fifty years – and the Local Court considered that such a big time-lag (plus Lebler’s age and health) would make it difficult to achieve a fair trial.

Church lawyers, who were being paid by the St John of God order, appealed to the Australian Federal Court against the extradition order. The church lawyers argued it would be unjust and oppressive to extradite because of the delay in bringing the charges and the possibility of collusion occurring between complainants.

On 15 April 2005, Federal Court judge Rodney Madgwick reserved his decision on the appeal. Justice Madgwick said it would take some time for him to prepare a judgment. And His Honour was correct – twelve months later, on 15 April 2006, the judgment had not yet appeared. Nobody had expected that His Honour would take a year.

After 12 months, New Zealand journalists began asking questions about Judge Madgwick’s slowness. At last, on 21 April 2006, Justice Madgwick ruled against the extradition. The judge said that the differences in the two countries’ legal systems and the length of time since the alleged crimes would make it difficult for the men to have a fair trial. Justice Madgwick ruled that Garchow and Maloney be released under Australia’s Extradition Act 1988.

[Ironically, by the time of Justice Madgwick’s ruling, “the length of time since the alleged crimes” had increased by a whole year.]

The Commonwealth of Australia, on behalf of New Zealand authorities, appealed to a full bench of the Federal Court against Judge Madgwick’s ruling. On 5 October 2006, the full bench then re-instated the extradition order.

Moloney and Garchow immediately applied to the High Court of Australia for special leave to appeal against the Federal Court full bench decision.

The High Court’s decision was swift. On 16 October 2006, after a one-hour hearing, the High Court refused to hear an appeal.

And so Moloney and Garchow were flown to New Zealand, where they were released on bail pending a trial.

Lebler, Moloney and Garchow were living in the Sydney area when the extradition proceedings began. Their solicitor told the Local Court magistrate in December 2003 that Brother Lebler and Father Garchow had retired and were currently living in premises owned by the church at Leumeah in Sydney’s south-west, while Brother Moloney was currently living with other St John of God members at Strathfield in Sydney’s inner-west.

William Lebler was born in inner-city Brisbane in 1922. He took his religious vows in the SJOG order at the order’s “Kendall Grange” institution at Morisset in New South Wales, in 1951, aged 29. It is not known what work he was doing before joining SJOG or how he came to be recruited. This was only four years after the order was established in Australia from Ireland. This means that Lebler was among the order’s first Australian recruits. In the mid-1950s, Lebler was sent to New Zealand to work at the Marylands school near Christchurch.

The Catholic Weekly, Sydney, on 6 January 2002, published an article about Lebler and three other SJOG brothers celebrating the 50th anniversary of their entry into religious life. The article indicates that, as well as working in Australia and New Zealand, Lebler also spent time working at an institution for drug addiction in the highlands of Papua New Guinea. He returned to Australia about 1999. The article in 2002 describes Lebler as a very active man. It says that Lebler in 2002 “is still working and also finds time to play with computers and on the piano. At 80, Br William has no intention of taking it easy.”

However, a year or so after the Catholic Weekly article, when the extradition proceedings got underway in 2003-5, the SJOG legal team informed the court that Lebler had become senile, “borderline mental retarded” and in bad health and that therefore he should not be extradited to New Zealand. [This was a sudden decline from the virile, active man who had been celebrated in the Catholic Weekly only a year or two earlier.]

Garchow’s name appears in the annual directory of the Australian National Council of Priests from 1999 to 2006. At first (in 1999) he was listed as a “chaplain” at the St John of God Hospital in Richmond, west of Sydney. In the 2003 edition, he was listed as working in parish ministry – as the second priest in the parish of St John the Evangelist at Campbelltown, south-west of Sydney (Campbelltown is a parish of the Wollongong diocese). His residential address was listed as unit 1, 52 Leumeah Road, Leumeah, which is near Campbelltown. In 2004 and 2005, while the extradition case was proceeding, he was still listed under the category of working priests, still living in the Leumeah unit. In the March 2006 edition of the directory, while he was awaiting Justice Madgwick’s decision on the extradition, he was listed as “a priest on leave”, care of the SJOG headquarters in Burwood, Sydney.

On 23 July 2008, the New Zealand prosecutors decided not to proceed with the trial of Raymond Garchow for several reasons: Garchow, aged 61, was too ill; furthermore, one of the two complainants was also unwell; and the second complainant had trouble with a disability, which made the prospect of a trial difficult. The prosecutors entered a permanent stay of proceedings.